Meet Rick. He’s turning himself into a zombie. So far, more than 24 hours of tattoos –costing over $4,075 Canadian dollars– have got him halfway there and made him a minor celebrity on the internet, where people can’t decide if he’s a body modification visionary or mentally ill sicko.

Dennis Avner, also known by “Catman” or his native American name of “Stalking Cat”, undergone incredible extensive surgery in order to look like his totem animal, the tiger. Modifications include extensive tattooing, transdermal implants to allow whiskers to be worn, subdermal implants to change the shape of the face and the filing and shaping of the teeth to make them look more like a tiger’s. 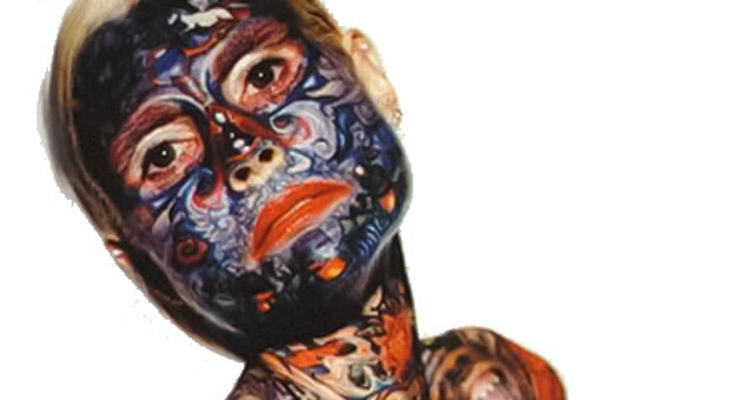 Julia Gnuse, also known as the illustrated lady, was born with a condition called porphyria which causes her skin to blister regularly and ultimately scar. In order to cover this up she started getting tattoos applied over the affected areas. After 10 years she was covered in the bastards and holds the Guinness Record for being the most tattooed woman in the world.

Formerly considered by the Guinness Book of World Records to be the world’s most tattooed man, Tom Leppard, now 73 years old, fled society years ago after spending £5,500 to have his body covered in leopard-like spots. He lived in a small cabin on the Isle of Skye, Scotland. Once every week, the ex-soldier travelled by canoe to buy supplies and pick up his pension. However, in 2008 he moved into a small house on Skye after a friend offered to move him by boat. “I’m getting too old for that kind of life,” he said. 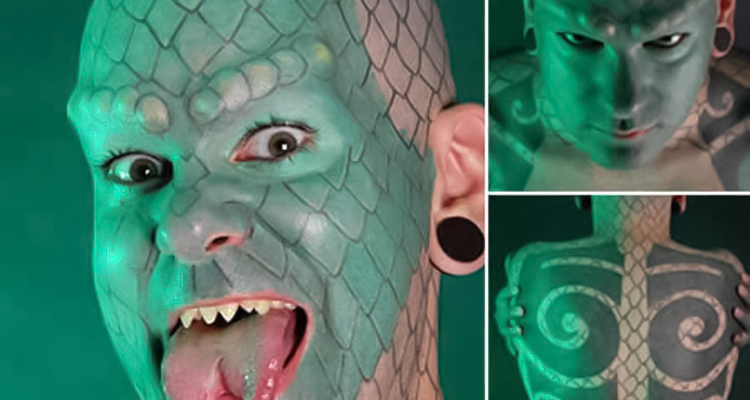 Born Eric Sprague in 1972, the Lizardman was one of the first people to have a split tongue and in some circles is seen to be wholly responsible for the recent popularity of this particular modification. This 37 year old man has transformed himself into a reptile via 700 hours of tattooing, five Teflon horns implanted beneath the skin of his eyebrows, filing down of his teeth into sharp fangs, bifurcation of his tongue, and stretching of his septum and earlobes.

A professional freak and sideshow performer, Horace Ridler exhibited himself as The Great Omi or The Zebra Man. Horace was an English aristocrat who returned from the First World War to Twenties’ London where he began his transformation into one of the world’s greatest oddities. Tattooed from head to foot in black and white stripes, he became Omni – the Zebra Man. As the years wore on the Omi’s appearance became more and more outrageous as did his personality. He took to wearing lipstick and nail polish and signed his pitch cards, ‘the Barbaric Beauty’. Despite his appearance, “underneath it all, I’m just an ordinary man,” he insisted shortly before his death in 1969.

The ultimate in multi-layered tattooing is represented by the chainsaw juggling, unicycling, sword-swallowing Lucky Diamond Rich from Australia, who has spent over 1,000 hours having his body modified by hundreds of tattoo artists. He began by having a full collection of colorful designs from around the world tattooed over his entire body. But not content with stopping there, Lucky next opted for a 100% covering of black ink, including eyelids, the delicate skin between the toes, down into the ears, and even his gums. He is now being tattooed with white designs on top of the black, and colored designs on top of the white! He is now, officially, the world’s most tattooed person, having a full body coverage.

Elaine Davidson is the World’s Most Pierced Woman, according to the Guinness World Records. When examined by a Guinness official in May 2000, Davidson had 462 piercings, with 192 in her face alone. Performing at the Edinburgh Festival in 2005, the Guardian reported that she now had 3,950 body piercings. She has more piercings in her genitalia than in any other part of the body – 500 in all, externally and internally. The total weight of her jewelry is estimated to be about 3 kilograms. As of May 2008, Davidson’s piercings total 5,920. As of Feb. 2009 her piercings total 6,005.

You’ve probably heard about The Enigma. Paul Lawrence is the guy with blue puzzle pieces tattooed all over his body who has made a name for himself performing stunts such as sword swallowing, pushing a moving power drill up his nose and swallowing various liquids, pumping them out of his stomach and swallowing them again. The Enigma is also an accomplished musician.

The Tiger Lady is the stage name of the heavily modified female performance artist and tattoo artist Katzen, whose full body tattoo theme is that of a tiger. She received extensive tattooing on all parts of her body and wears tiger whiskers attached via piercings on her face. She was once married to “The Enigma”. They got divorced and now she works at a tattoo shop in Austin, Texas. 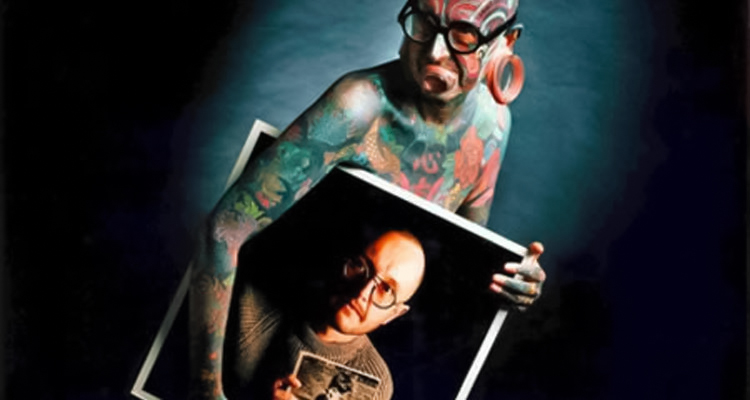 Etienne Dumont is an art & culture critic for a newspaper in Geneva who just happens to be covered head to toe in some of the most vibrant tattoos ever mande. He also has silicon implants under the skin which give the horned appearance, 2.7 inch rings in each earlobe and plexiglass piercings through the nose and under his bottom lip. And he claims to wear his tattoos like art.

5 Reasons Why Your Diet Doesn’t Work

9 Superfoods To Add In Your Diet Today!

Shave 85 Seconds off Your 5k