Here’s what you need to know…

Aerobic training is back. We now know the benefits and we can dispel the myths.

Don’t think HIIT is all you need for cardiovascular benefits and fat burning.

Going for an easy 20 to 40 minute jog, biking, or rowing two to three times per week is more than enough to reap the benefits.

The Demonization of Aerobics

Aerobic training – running and jogging in particular – exploded in popularity from the ’60s to the ’80s, only to be demonized in the ’90s up to today. Many top tier coaches and trainers condemned it, including me.

Our mindset was this:

Who needs to run three miles or engage in any sustained, endurance-based activities when sprints or short-duration HIIT (high-intensity internal training) will give you all the “heart health” and cardiovascular benefits you’ll ever need?

Are You Fit Enough to Run? 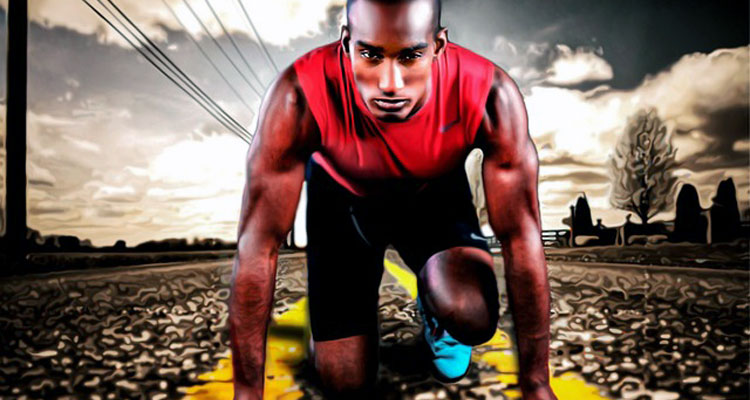 We took the anti-aerobic training kick a little too far. Your front squat Tabata WOD is cool and all (even though it’s not remotely close to a true Tabata), but it doesn’t have quite the same effect and positive adaptations on the body as sustained low-intensity aerobic training.

However, most people really suck at running.

Running efficiently is every bit as much a learned skill as anything we do in the weight room. And it’s no coincidence the repetitive nature of running – in addition to the ground reaction forces involved, often approaching 6-8 times bodyweight – is what results in many chronic injuries.

As the saying goes: “You need to get fit to run, not run to get fit.”

So, yeah, for a lot of people the better option is to engage in more short duration HIIT type activities. You still get a residual cardiovascular/aerobic benefit, albeit with much less wear and tear on the joints.

All that said, the real reason many of us have refrained from performing any form of traditional aerobic training is because of bro-science.

It’s time to grow up. There are several benefits from low intensity, steady-state aerobic work, benefits that could even help you make progress under the bar.

The key is to figure out how to do the least amount of volume possible to improve performance while also achieving the necessary result.

Alex Viada refers to the concept of the hybrid athlete, which is “the concurrent training of different athletic disciplines that don’t explicitly support one another, and whose disparate components are not essential to the success at any one sport.”

Now, Alex is a freak. He’s an elite-level powerlifter with PRs of 705 (squat), 465 (bench press), and 700 (deadlift) in the 220-pound weight class. But he also competes in triathlons and ultra-marathons.

Oh, and he also dabbles in bodybuilding, and for all I know arm-wrestles grizzly bears.

So much for the notion that endurance activities make you small and weak. I have no desire to run a 5K race, much less compete in a triathlon, but thanks to guys like Alex my anti-cardio mindset has changed. 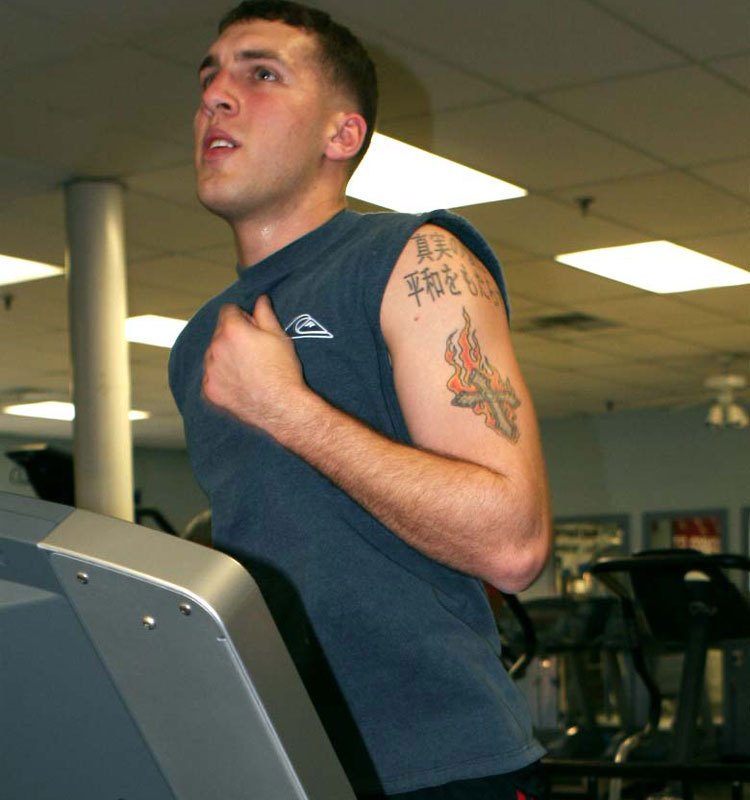 Mentioning aerobic training or calling cardio “cardio” is an instant buzzkill, and it’s half the reason most people avoid it. You might as well tell your buddies that you’re going to a Yogalates class.

Instead, we’ll refer to cardio as Zone 2. This is less likely to make someone want to throw up a little in their mouth.

It’s low intensity, and it’s slow. This is crucial. It’s going to weird a lot of people out, especially strength athletes or those used to going full-throttle all the time.

For some people it won’t take much to get there. A brisk walk may do it. But as a frame of reference, Zone 2 is analogous to telling an elite level marathoner – who averages a 4:42 mile pace for 26 miles – to back off and sustain an 8-minute mile pace. It’s super slow.

But it’s the “slow” that’s so crucial to Zone 2’s effectiveness.

Many will want to power through and speed things up, thinking they’re not working hard enough, or that because they’re not grinding through a workout to the point where they can’t feel the right side of their face, they’re gaining no benefit.

The strength-minded individual needs to get comfortable with the idea that training at 100% effort all the time isn’t going to lead to better results and will in fact, at times, impede recovery and performance.

Sticking to Zone 2’s parameters is important because it teaches us to be slow before we can be fast.

In other words, because Zone 2 work is done at such a low-intensity, there’s less chance it’ll have a negative effect on performance in the weight room, where you’re encouraged to be more explosive and fast.

The last thing you want is for your Zone 2 work to compete with or match the demands of what you do in the squat rack or on the deadlift platform. Instead, you want your Zone 2 work to be easy so that it enhances or improves your performance in the weight room instead of hindering it.

The more muscle or cross-sectional area someone has (or adds), the more potential there is for waste product. If an athlete doesn’t take the time to build an appropriate “support network” to transport/filter said waste product there won’t be any improvements in performance.

How do you build that support network? Via capillary density and improved venous return, which are enhanced with Zone 2 work.

Along the same lines, Zone 2 work helps improve overall heart efficiency/cardiac output. As Mike Roberson notes, “When working in the 120-140 BPM zone, you allow the maximal amount of blood to saturate the left ventricle of your heart.

“The blood is in there just long enough to stretch the heart walls. As a result, an adaptation occurs where the left ventricle gets bigger, which then allows for more blood to be pumped, with each heartbeat increasing stroke volume.”

With more blood being pumped with each heartbeat, the heart doesn’t have to work so hard. Stroke volume increases and resting heart rate decreases.

HIIT doesn’t have the same effect on the heart. As Robertson says, “High intensity exercise makes the heart thicker, and if the heart is beating fast all it’s worried about is getting blood into and out of the heart as quickly and forcefully as possible.”

So the heart’s adaptation to low-intensity and high-intensity exercise is quite different.

Another advantage of Zone 2 work is how it improves adaptations to general work capacity.

All the adaptations – capillary density, venous return, and stroke volume – will allow you to do more work and help offset fatigue.

The lifters I train are able to maintain a higher quality of performance, they’re able to perform a higher density of work, and they’re able to recover much faster when they start implementing more Zone 2 work into their training.

“In addition, improved perfusion not only aids in getting oxygen to the cells, but also improves the body’s ability to buffer acid buildup from lactate metabolism.”

How To Get Zone 2 Work In 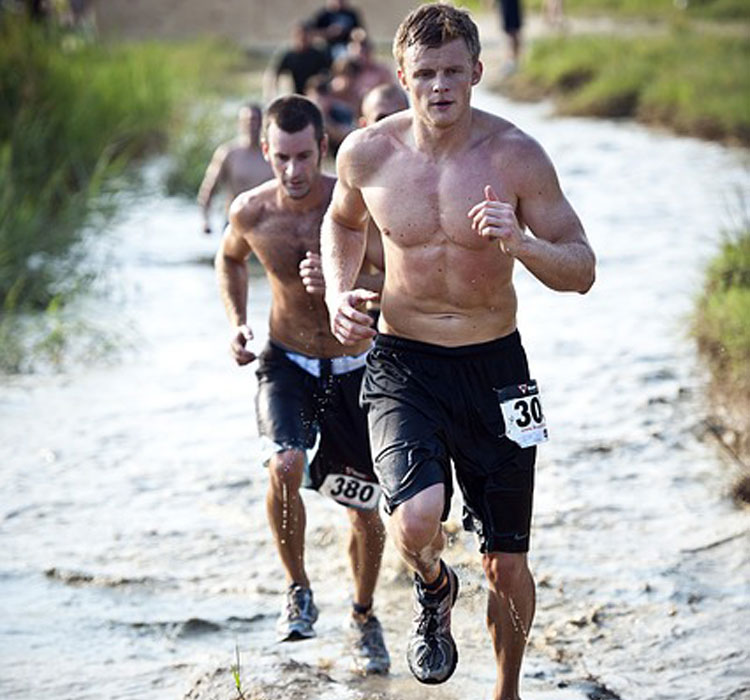 The key is not to overdo things in terms of volume and intensity. Don’t be an a-hole and turn something that’s supposed to be a low-intensity endeavor into loaded Prowler sprints uphill for AMRAP.

There’s no need to overcomplicate things. Going for an easy 20 to 40 minute jog two or three times per week is more than enough. It won’t compromise performance or muscle growth in the gym, even if you perform it before leg day. In fact, it should help with leg day!

Zone 2 work doesn’t have to be relegated to just jogging either. You can go for a bike ride, use a row ergometer, an elliptical machine (I won’t judge), or even head to a local stadium and walk up and down the stairs.

The key is to choose something you enjoy doing and don’t make it a competition. Go slow and reap the benefits.

Article credit to T-Nation. Visit their website for more tips!

The Complete Guide to Shredding Your Shoulders

Top 10 Fitness Apps for the iPhone

Get Ripped With These 10 Mass Building Foods

How To Train Your Abs For A Slimmer Waist