Olympic-style or heavy lifters rarely have impressive arms and shoulders minus heavy lifters who add high-rep, isolation work.  Doing only the big basics can lead to strength imbalances that will ultimately impair your performance and size.  The supersets described below cause muscle to contract, which restricts blood flow and leads to the release of local growth factors.

Warning: You need high pain tolerance to do this shoulder workout! 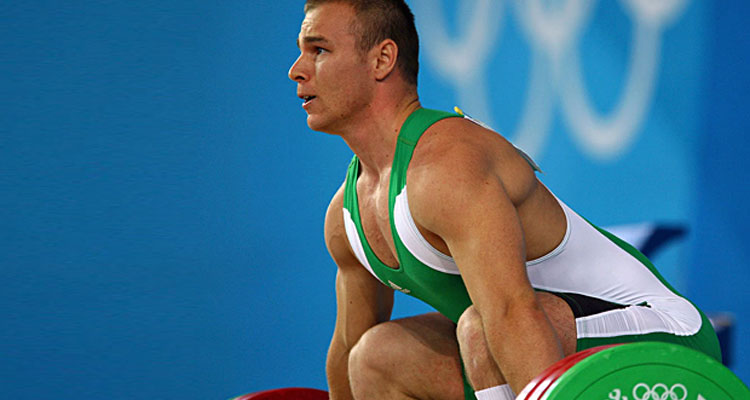 I love lifting big weights on the big basic lifts. But I can’t ignore the fact that “pump” training also works when it comes to building muscle. Plenty of people have built a lot of muscle doing isolation work to a skin-bursting pump, including strength-oriented athletes.

But few Olympic weightlifters, despite hoisting monstrous weights over their heads, have what we’d call muscular bodies. They have solid legs, glutes, and lower back for sure. And some exhibit thick upper bodies.  But most look “solid” instead of lean and muscular. It’s true that they use mostly their legs, hips, and trunk to lift the weights, but you’d still expect more muscle in the delts and arms from people who can lift 400-500 pounds over their heads.

Exceptions to the Rule 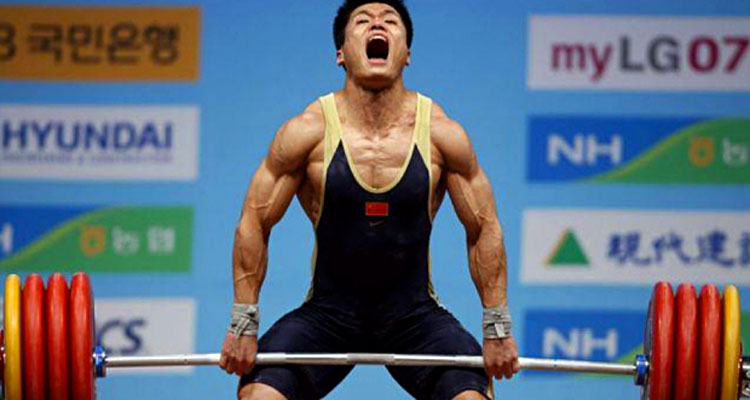 The exception to this seems to be the Chinese lifters, along with some other Asian countries with similar training systems. Despite being less genetically designed to carry a lot of muscle, their Olympic lifters are a lot more muscular than most other competitors.

This is especially true of the arms, shoulders, and back. If you look into their training you’ll see that they actually do a lot of isolation work for higher reps on exercises such as lateral raises, triceps extensions, and biceps curls.  They also do plenty of rows, dips, and pull-ups for higher reps (8-10). They often go for 6 sets of 8-10 reps with short rest periods on several bodybuilding exercises at the end of their session.

Why would athletes who already train four hours a day or more do 30-45 minutes of additional daily work if it wasn’t productive?  They understand that muscle moves weight, and that if you have more muscle you can move more weight if your nervous system is effective at utilizing that muscle.  And we know volume builds muscle!

The Problem With Shoulders

Sure, getting stronger will help you get bigger. If you add 100 pounds to all your big lifts you’ll surely have a lot more muscle mass. But it’s not necessarily the fastest route, especially for muscles like the shoulders.

The shoulders are fragile, the least stable joint in the body and very complex. With more than ten muscles that directly influence the way it moves, which is pretty much in every direction.  It’s very easy to become unbalanced and develop nagging and persistent shoulder aches, if not severe injuries.

The problem with Relying on the Big Basics

You stand a much better chance of developing strength imbalances that will ultimately impair your performance, comfort, and ultimately your size.  Many strong muscles assist the deltoids. As such, it can become hard to stimulate the deltoids fully with only big lifts.

Sure, the delts receive some loading, but sometimes other muscles contribute disproportionately more and will grow faster. As they grow faster, the shoulders become proportionally weaker and harder to involve – the body will use the stronger muscles to do the job. Injury is then more likely. Time under tension as well as multiple angles develops will not only make the shoulder more functional and injury-proof, but it will also maximize size.

The research is clear: You can stimulate growth without the use of heavy loads by increasing the release of local growth factors during exercise. This is the foundation of occlusion training as well as the constant-tension rep style. But the latter is the one that is of interest to us today.

That’s the basis of this training approach to the shoulders. This program will build muscle rapidly. When I use it after focusing only on the big basic lifts, my physical appearance changes almost instantly, almost like muscle is migrating toward the delts!

To maximize growth factor stimulation, the main thing to focus on is stimulating as much lactate build-up in the target muscle as possible. You need to have a high pain tolerance for this to work optimally!  Lactate accumulation through muscular work is maximized when the muscle is under tension for 45-70 seconds. This program is based on sets falling in that range. And since the shoulders have so much mobility, I prefer to use multiple exercises in each set to strengthen every angle of shoulder movement.

The program itself uses 5 supersets and you will do 3 sets of each, for a total time under constant tension of about 15 minutes. But each of these supersets will work great as a standalone, too. For maximum develop, use all five.

Each set is made up of 6 different presses and we go from the weakest to the strongest, a concept known as mechanical drop sets.

The 6 exercises, done without any rest, are:

The goal is to do 5 reps for each exercise, but don’t freak out if you only get 3 or even fewer near the end. If that does happen, don’t increase the weight the following session. Start conservative. By using constant tension, the fatigue and pain will quickly build up!

Do 3 sets of this exercise with about 90 seconds of rest between sets.

Important: You’ll note that this superset/complex uses the behind the neck press, an exercise that has been made to be the work of the devil in recent times. People believe that it will potentially hurt the shoulders which is only true if you have zero shoulder mobility. It’s true that some people might have trouble with the behind the neck press, especially those with a severe “shoulder forward” posture, or immense bodybuilders with massive pecs and front delts.

On the full reps you want to do the reps smoothly, not stopping at the top or bottom between the phases of the lift. Stop about half an inch before locking out to keep the deltoids under tension.

The partial reps will cause a rapid hypoxic state (lack of oxygen) and a rapid build-up of lactate, whereupon you do your full reps in that state.

Do 3 sets with about 90 seconds of rest in-between sets.

This is a highly underrated exercise and a great movement to prepare the whole shoulder joint for brutal work. It does so by activating most muscles involved with shoulder movements, and because of that it also makes it an interesting hypertrophy tool since it can stimulate a lot of muscle. It’s a great option to use as the first move in a pre-fatigue superset.

The second exercise is a Scott press, which is very similar to an Arnold press in that you’re starting the movement with the arms in front of you and rotating them outward as you press up. The difference is that in an Arnold press, you press straight up once you rotate your arms, while the Scott press uses a more circular motion.  As a result, at the top the arm is inclined slightly forward, making the elbows project back further than the wrists. That circular motion hits the lateral portion of the delts more.

Once you’re done with the Scott press, you finish your set with regular dumbbell presses but with a slight twist: you’ll press while having the outside weight plate higher up than the inside one, and keep it that way for the whole pressing movement. This puts more stress on the lateral portion of the delt.

A favorite medley/superset to isolate and annihilate the delts. It hits them from multiple angles, which is important for full development.

The first movement is the “bus driver” exercise where you hold a plate at arms length in front of you and rotate slowly. It’s a hugely underrated movement that puts the whole deltoid group under constant tension and works angles that aren’t normally trained in the gym. It’s an excellent way to finish the shoulder workout and make the joint more resilient to injuries.

The second movement is the front raise using three different grips: narrow, shoulder-width, and wide. Using the different grips makes this a mechanical drop set: When you can’t do an exercise any more, you continue to do reps by changing the leverage. By taking a wider grip you shorten the resistance arm, which will make the movement a bit easier, allowing you to get more reps in without having to decrease weight.

The change in grip might also bring some new motor units into the mix, which is a benefit since the more motor units you recruit and fatigue, the more you’ll grow.

We’re shooting for 6-8 reps per side for the bus driver exercises and about 6 reps for each of the three grips on the front raise, but really the goal is to fatigue and to pump up the muscles as much as possible. If that goal is accomplished, it doesn’t matter if you did 5 or 10 reps per position.

IMPORTANT: When you do your barbell front raises, imagine rotating your elbows up instead of just lifting the arms up. This will increase the activation of the lateral head of the deltoid.

Get ready to quickly put size on your delts, especially if you’re someone who is used to heavy pressing work.  This program is based on maximizing local growth factor release as well a sending a ton of nutrient-rich blood into the muscle.

Think You Have Tried Everything to Lose Weight? Guess Again!

Top 10 Fitness Apps for the iPhone

How To Make Friends as an Adult