When you hit the sack tonight, get ready for sex dreams, exploding heads, and more!

Most nights, if you’re lucky, sleep is a completely unremarkable event. But every so often you may experience bizarre behaviors that can leave you feeling completely confused—and perhaps slightly freaked out.

Not to worry. We asked sleep docs to decode some of the craziest things that can occur from the moment you close your eyes—and most of them are totally normal.

Also known as a hypnagogic jerk, it tends to happen as you’re falling asleep.

Typically when you dream, your body is paralyzed, but sometimes you can start dreaming before your body is on “off” mode. With hypnagogic jerks, you might act out a dream like falling off a cliff, falling from the sky, or tripping, says W. Christopher Winter, M.D., Men’s Health sleep advisor and medical director of the sleep center at Martha Jefferson Hospital in Virginia.

Why the falling? Researchers aren’t sure. “It’s more likely to happen when you’re overtired, sleep-deprived, or stressed,” Dr. Winter says. “And your brain enters into sleep cycles more aggressively, but your body hasn’t caught up.”

You start to wake up in the morning and realize you can’t move a muscle or speak. It can last from several seconds to several minutes, and it’s completely terrifying.

Essentially, it’s the opposite of what happens with hypnagogic jerks, where your brain wakes up before the paralysis that accompanies deep sleep goes away, Dr. Winter says. “You may feel like you can’t breathe. Many people describe it as an elephant sitting on their chest. That’s because all of the muscles that control your breathing except for the diaphragm are still paralyzed.”

Most sleep-related behaviors are harmless. But sleepwalking can be a dangerous issue, since you can trip, walk into something, leave your house, and even get behind the wheel.

That’s why you probably have no recollection of your late-night jaunts. The prescription sleep-aid Ambien has been linked to some of the more bizarre sleepwalking incidents including cooking, binge eating, and driving while zonked out.

That’s because even if you wake up during the night, the drug keeps your brain sedated so you’re still in an unconscious state, Dr. Winter says.

If you experience unusual or dangerous nighttime antics and pop the sleeping pill, talk to your doctor about switching prescriptions.

About 5 percent of adults yap in their sleep, according to the American Academy of Sleep Medicine. Most pillow-talk sessions last only about 30 seconds on average.

“It often happens within the first hour or two of sleep when your body is entering into deep stages of sleep, but there’s still enough muscle tone to produce sounds or movements that may accompany dreams,” says Dr. Winter.

“Dreaming is a way for your brain to sort out things it needs to reevaluate and process before it can file them away as memories,” Dr. Winter says. “Recurring dreams may happen with unresolved psychological issues your brain is trying to sort out.”

Oftentimes, recurring dreams are based partly in reality.

You’re not the only one who has woken up mid-act. In a study of more than 800 patients at a sleep disorders center, about 8 percent of patients reported incidents of sexsomnia—initiating sex with a partner while asleep, according to researchers at the University Health Network in Toronto.

“In my experience working with patients, the attitudes, behaviors, and things people may say during sleep sex are often very different from what they’d do and say when fully awake,” Dr. Winter says.

As a parasomnia, the phenomenon is similar to sleepwalking—you’re coming partly out of deep sleep enough that you can move and possibly talk, but your brain isn’t awake enough to be fully conscious.

“Many people have a vague recollection of it happening during the night or they wake up during sex,” says Dr. Winter. “It’s possible you may have been dreaming about sex or perhaps you went to bed with the urge.” 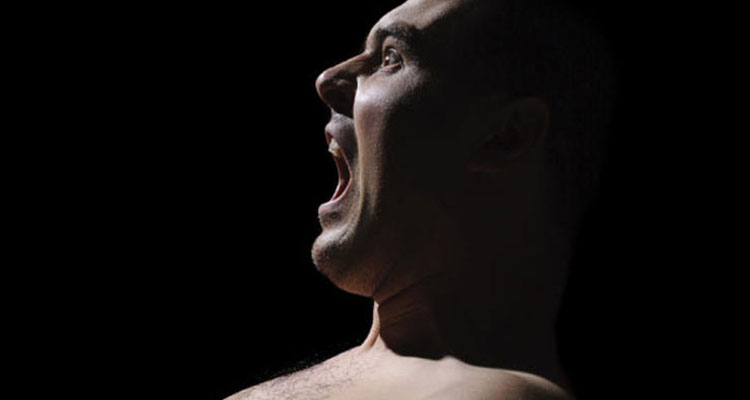 It’s just as freaky as it sounds: “All of a sudden, the person wakes up having heard a really loud noise, like an explosion, a flash of light, or a sense that their head is exploding,” says Dr. Winter. “In reality, nothing has actually happened.”

It’s a type of hypnagogic jerk, similar to feeling like you’re falling: You’re heading toward deep sleep, but your body hasn’t achieved paralysis yet, and your senses are still turned on.

Please visit Men’s Health for the original article along with other tips!

The World’s Most Famous Extreme Bodybuilders

Get Ripped With These 10 High Protein Mass Gaining Meals