We’ve heard it for years, “Women should avoid squats and deadlifts! They’ll thicken the midsection and make you look blocky!”

Let’s dispel the myths once and for all. Let’s figure how why many waists do get thicker over time and learn how to keep them tight and sexy!

What You Need To Know

Bodybuilders often advise women to avoid squats and deadlifts, saying these exercises thicken the midsection. They’re wrong.  Most often the cause of a bodybuilder’s block waist is the abuse of drugs.
Top level bikini competitors regularly do squats and deadlifts and it hasn’t negatively impacted their physiques. Core exercises like planks, weighted crunches, and side bends lead to far greater levels of abdominal wall activation than squats and deads.  Heavy, frequent ab and oblique training can create a blocky waist or “turtle shell” abs.  To fix a thick waist, you may need to reduce or stop all direct ab/oblique training.

Which Muscles Make You Look Blocky? 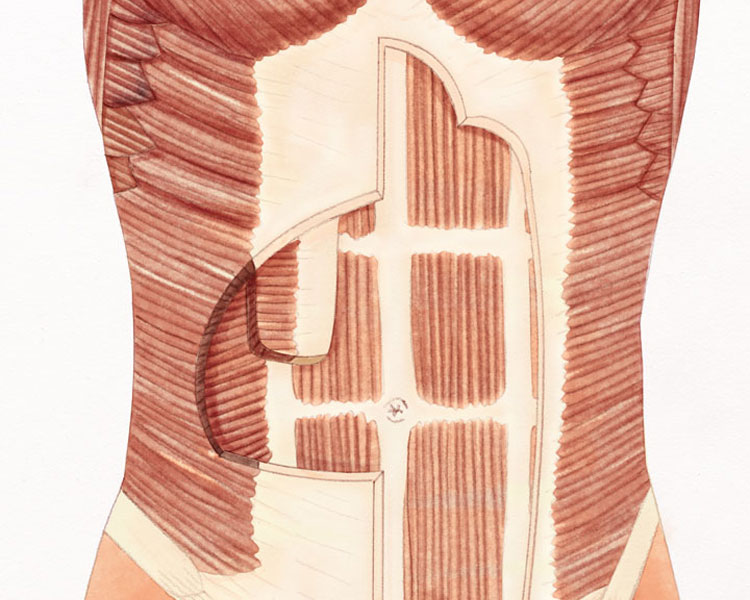 When physique competitors are labeled “blocky,” it usually means their obliques muscles are too heavily developed. They have a thick, straight up and down shape.  It’s important for physique competitors to possess muscular, defined midsections, but women especially are rewarded on stage if their waists are tapered inward from the front view.

Excessive oblique development counteracts this natural taper and prevents the waist from being markedly narrower than the ribcage and pelvis.  Excessive rectus abdominis and erector spinae development can lead to a blocky appearance from the side view, but the culprit is more often the midsection being thickened from left to right by the obliques.

Do Squats and Deadlifts Cause This? 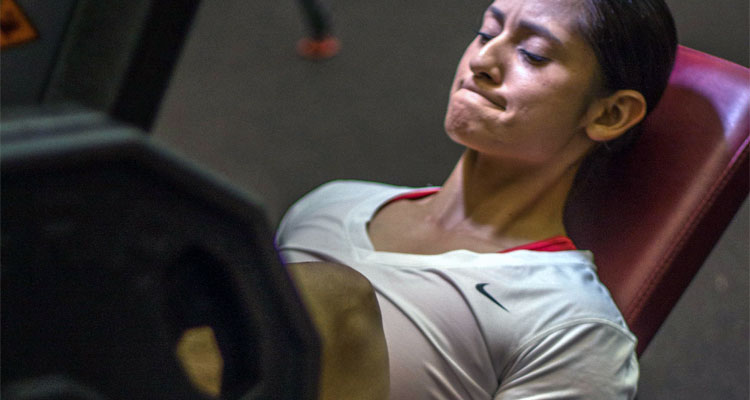 Proponents of the anti-squat-and-deadlift movement believe that squats and deads are the best core exercises in existence. They believe these exercises strengthen the core and that thickening is just an unfortunate side effect.

If we’re talking about the “core” as it concerns the erector spinae, then squats and deadlift may indeed be the best exercises for strengthening the core.

In addition, the premise may be true if we’re talking about intra-abdominal pressure (IAP) requirements.

Due to the massive amounts of torque loading placed on the spine during heavy barbell squats and deadlifts, especially at the bottom position, very high magnitudes of IAP are necessarily produced in order to stabilize the spine and maximize performance.

However, there’s more to the core than the erector spinae and IAP-producing muscles. 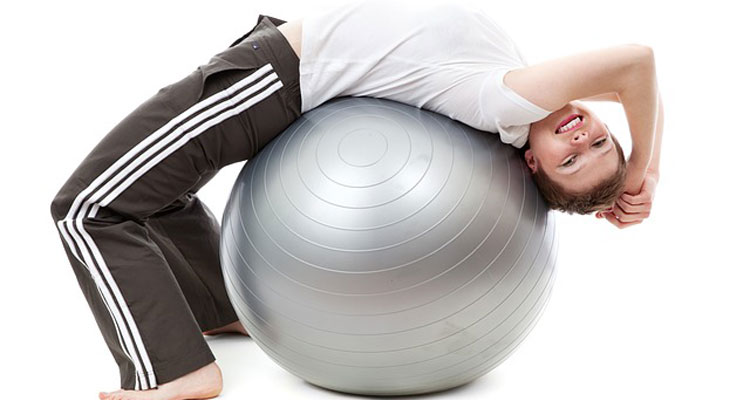 Several studies show that squats and deadlifts don’t activate the rectus abdominis, internal obliques, and external obliques to high degrees, and those are the muscles that give you a thick waist.  However, you don’t want to do so maximally, since any spinal flexion torque induced by abdominal and oblique contractions must be countered by the erector spinae – the spinal extension producing muscles – in order to maintain a stable spine.

It allows you to maximize spinal activity without maximally engaging those muscles that might lead to a thicker waist from front to back. To brace while squatting or deadlifting, simply take a belly breath and then lock the expanded core into place via a moderate core contraction.

In addition, numerous targeted core exercises lead to far greater levels of abdominal wall activation than squats and deadlifts, including:

Do you see where this is going? Are your “core slimming” exercises starting to look a little more suspect to you?

So Why Blame Squats and Deadlifts?

People aren’t highly skilled at associating sensation with physiological actions.  Since squats and deadlifts require a strong brace in addition to a freakishly strong diaphragm muscle to lock down IAP, bodybuilders and powerlifters are fooled into thinking that this high level of IAP development and outward pressure in the belly region comes from the rectus abdominis and obliques. It doesn’t.

Squats and deadlifts would indeed lead to greater diaphragm strength and abdominal wall expansion ability, but this shouldn’t vastly impact a physique competitor’s waist, especially on stage when consciously sucking in the abdominal wall and remaining tight in the midsection.

Unfortunately, this erroneous rationale has trickled down into mainstream training, and it’s perhaps women who’ve been most damaged.

How Normal Waists Can Become Blocky

The real culprit? High frequency, high-load abdominal and oblique training.  Bodybuilder Branch Warren’s abs looked their all-time best after he won the Arnold Classic.  When asked what exercises he did to improve his abs, he said he simply quit training them so they’d shrink and appear tighter on stage.

Consider too the case of 47-year old competitor Alice Galea. Five to six days per week she would do weighted cable crunches, weighted leg raises, decline weighted sit-ups, oblique crunches, and plenty of side planks with hip pikes and plank variations.  Her waist grew from 24 to 28 inches! She gained 4 inches around her waist from the high frequency, high-load abdominal/oblique work!

You don’t see abdominal and oblique development like this from squatting and deadlifting. Alice wants to reduce her waistline and blocky appearance, so I advised her to stop all abdominal/oblique training altogether.

Most popular ab and core stability exercises far out-activate the abdominal wall muscles when compared to squats and deadlifts, which is perfectly logical from a biomechanical perspective.

-Women and men who want a narrow waist can enjoy their squats and deadlifts without fear of developing a blocky midsection.

-Those who want a narrow waist would be far better off doing squats and deadlifts than many of the traditional “waist-slimming” movements like weighted cable crunches, decline weighted sit-ups, weighted oblique crunches, weighted leg raises, planks, etc.

-Well-intentioned but misguided male drug-using bodybuilders generated this phobia when they incorrectly used squats and deadlifts as a scapegoat to explain their distended bellies.

-Nearly all top level bikini competitors regularly include the squat and deadlift in their training and it hasn’t negatively impacted their physiques.

-When doing squats and deadlifts, remember to brace. It allows you to maximize spinal activity without maximally engaging those muscles that might lead to a thicker waist from front to back.

So What Should You Do?

Want abs that aren’t overly developed to the point of making your waist thick?  Focus on diet and gaining overall strength with various lower and upper body movements. This will allow women to get to the weight they want while possessing ideal body fat levels. Their abs will show through and won’t be hidden under a layer of fat. And neither will they be excessively developed.

Do a few sets for abs without fearing over development, but don’t focus on progressive overload or go to utter failure day after day.  It’s safe to say most women prefer not having really muscular abs. What they usually seek is leanness, which is about body composition, which is about diet and strength.

And, of course, do squats and deadlifts without worrying about getting a blocky waist.

Check out T-Nation for more info

Dessert You Say? You Might Want To Try These!

How To Choose A Pet That Fits Your Lifestyle