While the infamous 50 Shades of Grey has unapologetically enlightened us on deviance and S&M, The 50 Shades of Gray Cook will give you the best quotes from a world renowned Physical Therapist on the mechanics of movement that prove to be a must read for fitness enthusiasts and professionals alike.

1. Original humans were on their feet for a large part of the day without leisure or entertainment opportunities designed around sitting in one place.

2.  The definition of functional exercise is what it produces, NOT what it looks like.

3.  Unless you find the driver of bad movement, and find the thing that changes it, you’re just guessing.

5.  Poor movement can exist anywhere in the body but poor movement patterns can only exist in the brain. 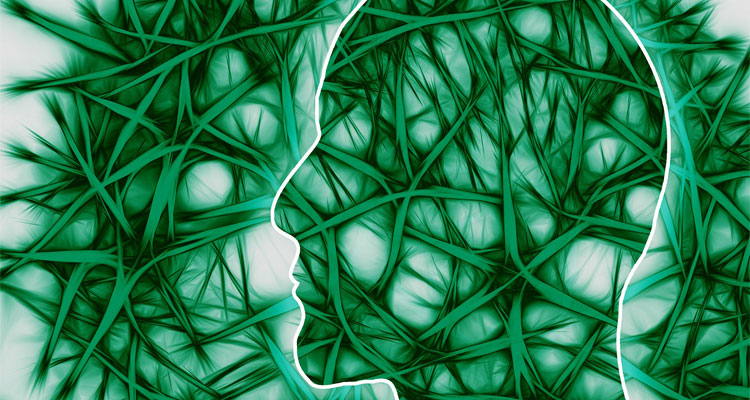 6.  Moving isn’t important, until you can’t.

7.  Pain is not the problem — it’s the signal.  Don’t add strength to dysfunction.

8.  For corrective exercise, put people in a position where they are making a lot of mistakes (this position needs to be a safe position though and not dangerous) and SHUT UP!  Don’t over coach them.  Let them work it out and learn to develop the pattern…THIS is motor learning!  The baby didn’t need you to coach it on how to roll in the crib, crawl or stand.  It figured it out on its own.

9.  When someone loses core stability, a bunch of planks don’t fix that shit.

11.  ‎I wanna see if you have lost the abilities you had when you were 3 years old, at 3 you could roll, climb, balance on one foot, and run.

13.  Whenever possible, we must separate movement dysfunction from fitness and performance. Aggressive physical training cannot change fundamental mobility and stability problems at an effective rate without also introducing a degree of compensation and increased risk of injury.

15.  Stabilizer training goes far beyond isometrics found in popular stability exercises such as side plank. In this isometric exercise model, conscious rigidity and stiffness are the goal, but true authentic stability is about effortless timing and the ability to go from hard to soft to hard to soft in a blink.

16.  Your brain is too smart to allow you to have full horsepower in a bad body position, it’s called muscle inhibition

17.  Pain is not a signal we can train through.

18.  Walking and running strides have a heel strike that is between 1-4 inches apart.

19.  The best way to get your core to work right is to correct your worst movement pattern.  If you can get mobility back, your core will turn on automatically and do what it needs to do (mobility before stability).  Your core may not be able to work properly right now because your ankle is locked up, or your hips don’t move well, etc…Doing all the core work and plank exercises in the world won’t fix this problem.

20.  If you don’t move well in a pattern, don’t move often in that pattern until it improves.  For example, if the squat pattern is bad, don’t worry about doing plyos or jumping activities until it is better.

21.  The definition of corrective exercise is move well and then move more.  Most people just want to move more.

22.  The only thing documented for depression that does not have side effects is exercise.

23.  Eye movements alone will light up muscular activity in the direction you are looking.

24.  Are dysfunctions anatomically specific or movement specific?  The gluteus medius may appear to do what it needs to do in a bilateral stance (IE squatting), but as soon as we get to a single leg stance or split stance, the person’s movement may deteriorate.  Is the problem really the gluteus medius?  Or is the problem the fact that they don’t move well in that pattern?

25.  You can’t motor learn authentically in a painful pattern.

27.  Being strong doesn’t mean much without fluid, efficient movement. 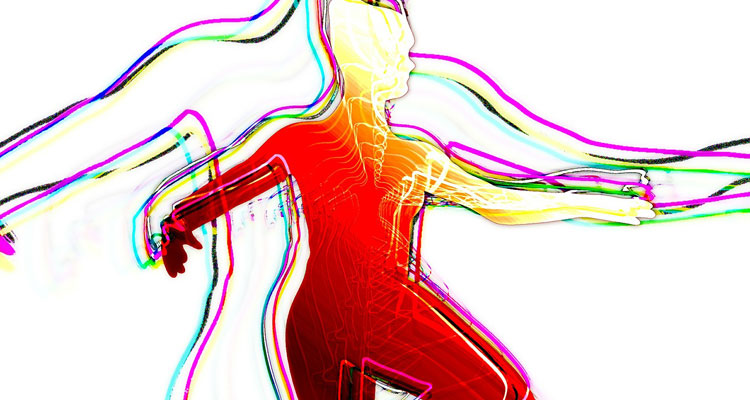 28.  While some serious injuries are unavoidable and need surgical repair, we should do everything possible to build an injury buffer zone by training healthy movement. It is always better to bend than break—and strong agile bodies bend better than weak, stiff bodies.

29.  Every day, out-of-shape people attempt to regain fitness, lose weight and become more active. They assume if they just move more, they will start to move well

30.  Explore stretching from a movement pattern, not a body part approach.

32.  Don’t migrate to just doing one thing – IE, runners just run, kettlebell coaches just coach kettlebells, etc. – you need to have variety and be well rounded.  What would happen if I told you to eat chicken breast three times a day, every day, for the rest of your life?  YOU’D MISS THINGS!  Don’t miss things.

33.  These smaller, deeper muscles enhance the efficiency and power of the prime movers by creating resistance, stability and support of movement at one movable segment, and allowing freedom of movement at another. This interaction happens in milliseconds and occurs without conscious control.

34.  Stabilizers need to respond quicker than any other muscle group to hold position and control joint movement during loading and movement.  We should train muscles in the way we use them.35. You can’t strengthen stabilizers and assume the timing of them will improve.  Muscles like the rotator cuff musculature and rhomboids are muscles that need to fire FAST, not necessarily strong.  Seek to improve the timing of these muscles.

38.  We’d like to think that we can verbalize to people how they can move better, but we can’t.  Try and tell someone who has never ridden a bike how to do it and see if they can go out and reproduce it.  They can’t!  They have to actually go out, get on the bike, and try it out a few times to understand what it feels like.  Exercise is the same way.

39.  Adherence to a squatting program with no upper body work whatsoever will yield upper body development. However, attention to an upper body strength-training program does not yield the same benefits in the lower body. That in itself represents how powerful the squat is as a developmental platform.

40.  Remember that muscles do what they are told. If they are doing something you don’t like, tell them to do it differently: communicate to the muscle through repetition of posture and movement.

41.  Foam rolling should lead you to better movement.  If it doesn’t, then you aren’t doing something right, and foam rolling may not be what you need. 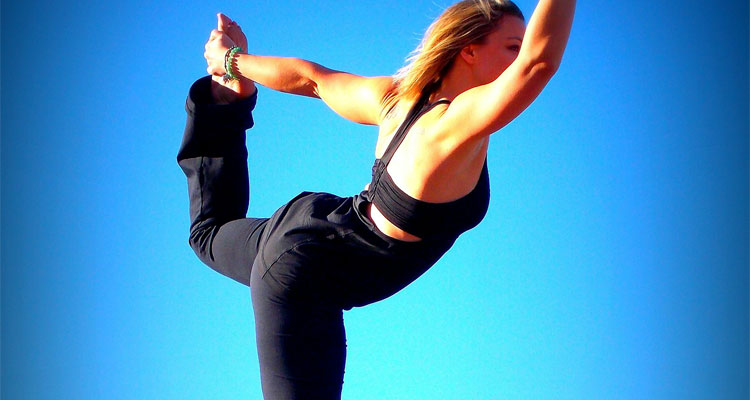 42. If you go into a movement pattern and the muscles that are being lengthened contract and push you out of the pattern, THIS IS NOT TIGHTNESS.  This is actually a contraction, even though the client describes it as tightness.  A good example of this involves clients who can’t touch their toes and claim that their hamstrings are tight, when in reality, the hamstrings are turning on (when they should be lengthening) during the movement to provide stability to the pelvis since the core is not doing what it needs to do.  This is muscular contraction and not hamstring tightness.

43.  When someone’s back hurts they don’t want to blame their lifestyle, fitness level, or daily patterns.  Instead, they want to blame their back pain on starting the lawn mower last week, which, in reality, is probably just the straw that broke the camel’s back.  Human beings live under the philosophy of, “I have a snowball and I have to throw it at someone.”  No one wants to take responsibility.

44.  The brain will create a mobility problem because it is the only option you have left it.

45.  We don’t really think about our muscles, we think about movement and our muscles act in accordance with our intensions and automatic support system. 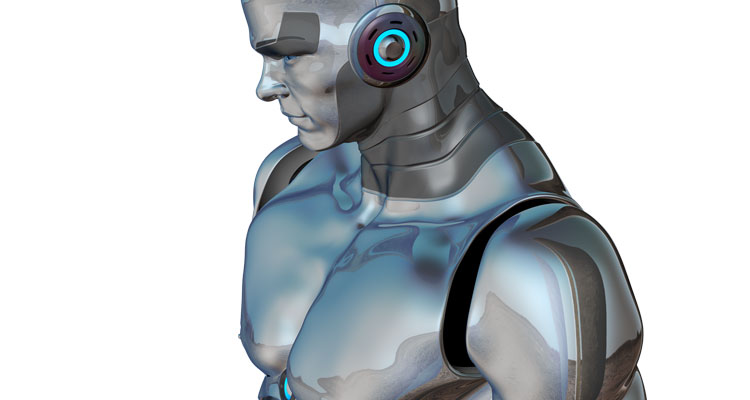 46.  The number one risk factor for musculoskeletal injury is a previous injury, implying that our rehabilitation process is missing something.

47.  You can’t coach people to do a movement that they can’t do.  All they are doing is trying to survive the pattern!  Poor movement is a balance reaction.

49.  Stop thinking about things from a kinesiological standpoint.  Movements are movements.  Movements aren’t specific to one single muscle.  You need to move better if you want to improve function.

50.  Tarzan, to me, is the epitome of fitness.  The guy is strong, agile and quick.  He can run, jump, climb and swing through trees.  If we take a person who moves well and put them on a Crossfit type of training program, we turn them into Tarzan.  If we take that same program and give it to the majority of people in society who move poorly, we turn them into a patient.

Go Out And Play. It’s Good For You!

No Gym? No Sweat! 10 Must Haves For Your Home Gym

Easy Ways to Get to a Healthier Lifestyle

Get Happy And Healthy