“I thought I was going to die,” the 22-year-old recalled of the attack that left him with two broken toes.

Tyler McQuillen was paddling off Santa Barbara’s coast when his GoPro camera filmed him being ambushed from behind by a great white shark.

Initially, he thought his friends were playing a prank on him, he told “Inside Edition,” but then he looked around and found himself alone and with an injured foot. 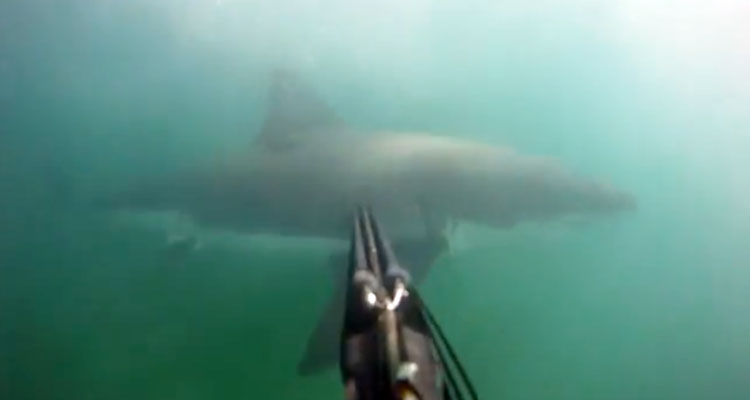 A GoPro camera, attached to the diver’s spear gun, captured the great white circling past him.

“I thought I was going to die,” he recalled of the Sept. 1 attack.

The video shows him dropping his speargun as he absorbs the unexpected blow that caused him to lose a flipper. He quickly dives down to recover the weapon and within seconds of its recovery the gigantic beast returns to swipe past him. During a third passing, McQuillen is seen jabbing the shark with his spear gun before it swims away.

The attack left him with two broken toes that he said are keeping him out of the water. Once they heal, though, he has no reservations about going back in, he said.

Credit to Huffingtonpost for the article.

Easy Ways to Get to a Healthier Lifestyle

Early Bird Is A Habit Of Success

Perfect Your Pushup With These 10 Tips