Let me start by saying that success is not normal, it is unusual and in fact insane. Normal hardworking people very rarely become successful.

In a world fascinated with conformity, mediocrity is sanity. People are unfortunately content living up to the status quo – go to school, get a good job, get married, buy a house and have kids.

When you consider this quote by Steve Jobs, you realize that being crazy is not just about thinking outside the box, it is creating the box that normal people will think inside of.

“Here’s to the crazy ones, the misfits, the rebels, the troublemakers, the round pegs in the square holes… the ones who see things differently — they’re not fond of rules… You can quote them, disagree with them, glorify or vilify them, but the only thing you can’t do is ignore them because they change things… they push the human race forward, and while some may see them as the crazy ones, we see genius, because the ones who are crazy enough to think that they can change the world, are the ones who do.” 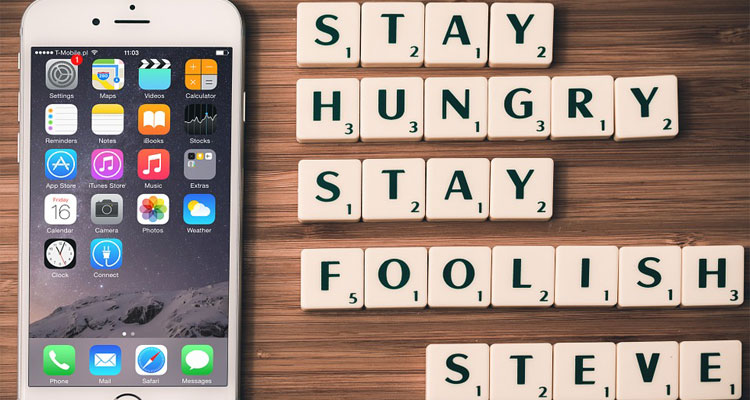 1. They create new boxes for normal people to think inside of

Crazy people like Steve Jobs don’t just challenge the norm: they create new norms for others to either challenge or think inside of. Innovation doesn’t always mean coming up with something new. Most times, it is as “crazy” and mind blowing as making something that already exist better. By thinking differently, crazy people like kids use the power of their imagination to power their way to success.

2. They are too foolish to be scared.

When crazy people set goals for themselves, they aren’t concerned with the “what if” possibility of failure. For them, there is no plan “B” because plan “A” will absolutely work. While normal people are paralyzed by the fear of failure, the crazy ones saddle up and ride anyways. To them, failure is a word with no meaning. This ability to seemingly disregard the fear of failure is why the crazy ones are more likely to succeed.

“Fear is not real. The only place that fear can exist is in our thoughts of the future. It is a product of our imagination, causing us to fear things that do not at present and may not ever exist. That is near insanity. Do not misunderstand me danger is very real but fear is a choice.”

3. They strive for authenticity

The need to be authentic is the need to be different from everybody else. Crazy people develop their own sense of style and paint the portrait of life exactly the way they see it. This ability to be original has seen many crazies achieve success by developing life skills that normal people would call a bad habit or simply absurd. For example, Steve Jobs and Mark Zuckerberg are known to wear the same type of outfit every day. Billionaire Warren Buffett collects an annual salary of $100,000 dollars and has pledged 99% of his wealth to charity.

4. They have high energy

Normal people can’t wait to do nothing. They can’t wait to get off work, go home, sit in front of the TV and do nothing. They always complain about how much energy they don’t have and how much more time they wish they had. Crazies however have all the time, passion and energy in the world. They dedicate themselves to a craft and work tirelessly to develop their skills. This intent focus and energy definitely gives them an advantage for success.

5. They dare to break the rules.

Deviating from the norm isn’t always easy, especially if you have spent your whole life following rules. However, crazies understand that while rules are important, they can be limiting. What rules in your industry do you accept as fact? Why do you follow them? If the answer is “that’s the way it has always been” then you are normal and probably will never succeed. It is this ability to question authority without disrespect that makes the crazies more likely to be successful.

6. They invent out of necessity

To other people, crazies may seem like highly resourceful people, which is true. But a deeper truth is that they are just people who take action to solve a problem they can no longer ignore. Their unusual minds help them view the world from a different perspective than normal people. So problems that normal people would just accept as “the way things are,” crazy people cannot accept. Crazies embody the old adage, “necessity is the mother of all inventions.”

7. They recognize other crazies.

No matter what type of person you are, it is easy to recognize others of like mind. Crazies all over the world have begun a revolution to find other crazies. They almost seem to be drawn to inventions, ideas and other individuals born a little crazy. They see genius in what normal people have written off as abnormal and are often the early adopters of all the great new trends and technologies. The idea of being able to brainstorm with others who think as differently as you do gives you a greater chance of success. Crazy’s challenge one another’s beliefs.

8. They are always curious

Crazies have the minds of kids, constantly asking why. Their minds are insatiable and they are not afraid to follow the rabbit hole no matter how deep down it goes. This allows them to see life as not full of problems, but full of wonder and potential. This ability to always see the glass half full makes the crazies more likely to succeed.

Once crazies sink their teeth into something, they never let go. Crazy people become obsessed with certain problems and how to solve them. They become so engrossed that no matter how impossible a task supposedly is, they will always find a way. This is the X factor that will drive a crazy person to succeed at a task that a normal person would have long ago given up in frustration.

Crazies don’t label people or problems; they are only intrigued by what’s inside a person. While normal people see defined lines and segregate people into labels of race, religion, gender, career specialization or sexual orientation, crazies only see heart and passion. To the crazies, there is no black or white, just shades of grey. By not labelling others, crazies are able to surround themselves with an extremely diverse group of talent and unlock the human potential and ability for action.

Omg! The Best Strange Fruits Ever!

15 Unbelievable Wedding Traditions In The World!

Blast Your Fat With This Quick Cardio Workout [VIDEO]