We asked experts for true stories and odd human body facts. What they told us might surprise you.

Do feet really get bigger with age?

It’s certainly possible: After years of wear and tear, tendons and ligaments in your feet may weaken. This can cause arches to flatten, which means feet get wider and longer. It won’t happen to everyone, though—people who are overweight, who get swollen feet or ankles, or who have certain medical conditions, like diabetes, are more prone. If it does happen, the average gain is about one shoe size by age 70 or 80.—Cary M. Zinkin, DPM, podiatric sports physician and spokesperson for the American Podiatric Medical Association
What’s with that stomach-in-your-throat feeling on roller coasters?

Your insides are actually shifting! When a coaster comes over its crest, slows for a second for added torture, and then plummets downward, the seat belt keeps your rear in place, but some loosely connected internal organs—like your stomach and intestines—get a little “air time.” You’re not damaging your innards by riding even the craziest of coasters (everything returns to its proper place), but your nerves detect the movement, which registers as though your stomach has jumped into your throat.—Maged Rizk, MD, gastroenterologist at Cleveland Clinic’s Digestive Disease Institute

The fairer sex has a higher percentage of body fat and conserves more heat around the core. That helps keep vital organs nice and toasty but not the extremities—and when your hands and feet feel cold, so does the rest of your body. Plus, research suggests that women have a lower threshold for cold than men. When exposed to the same freezing temperature, the blood vessels in women’s fingers constrict more than men’s do, which is why they turn white more quickly.—Kathryn Sandberg, director of the Center for the Study of Sex Differences in Health, Aging and Disease at Georgetown University

Yes. But there’s also a distinctive middle-aged-person smell and a young-person smell, according to a recent study. The research found that older people have a less intense—and more pleasant—scent than the middle-aged folk and young whippersnappers. Not what you expected, right?—PLoS ONE

Why does room-temperature coffee taste so bad?

The temperature affects flavor. Researchers in Belgium found that certain taste bud receptors are most sensitive to food molecules that are at or just above room temperature. So hot coffee may seem less bitter (and, in turn, taste better) because our bitter-detecting taste buds aren’t as sensitive when coffee is hot. Odors influence flavor as well, so even the most bitter hot coffee may taste delicious because of its pleasant aroma; room-temperature coffee doesn’t smell the same.—Paul Breslin, PhD, professor at Rutgers University department of nutritional sciences

How come you wake up at night to urinate but not to do anything else?

Because the sophisticated, intelligent neurons in your gut that control colon contractions, which push out waste, are also influenced by your body’s circadian rhythm, the internal clock that wakes you when it’s light out and makes you feel sleepy at night. So most people don’t have the urge to empty their colon in the middle of the night. On the other hand, the bladder, which acts a reservoir for the continuous flow of urine produced in the kidneys, can stretch only up to a certain volume before you gotta go. Normally, you can sleep six to eight hours without having to urinate, but certain medical conditions or drinking too much water before bed can wake you to use the bathroom at night.—Pankaj J. Pasricha, MD, director of neurogastroenterology at Johns Hopkins Center for Neurogastroenterology

Why do we have fingerprints?

Many experts think it’s to improve grip, but a British study from a few years back suggests otherwise. Researchers found that a fingerprint’s ridges actually made it harder to hold flat, smooth surfaces, like Plexiglas, because they reduced the skin’s contact area. Instead, they think our prints might help wick water off our fingertips or allow our skin to stretch more easily, which can protect it from damage and help prevent blisters. Other scientists have suggested fingerprints could improve our sense of touch. What we do know for sure is that no two people’s fingerprints are the same, even among identical twins.—V. Patteson Lombardi, PhD, research assistant professor of biology at the University of Oregon

Maybe. A change in barometric readings may be part of the reason: Atmospheric pressure often drops right before bad weather sets in; this shift could cause body tissue to expand, which can lead to swelling and pain. The effect is slight, but people who have arthritic or inflamed joints may detect the difference. Temperature may have an impact too: In 2007, researchers at Tufts University found that every ten-degree drop in temperature corresponded with a small increase in osteoarthritic knee pain.—Leon Benson, MD, orthopedic surgeon at the Illinois Bone and Joint Institute and spokesperson for the American Academy of Orthopaedic Surgeons

Why does holding your breath help with hiccups? 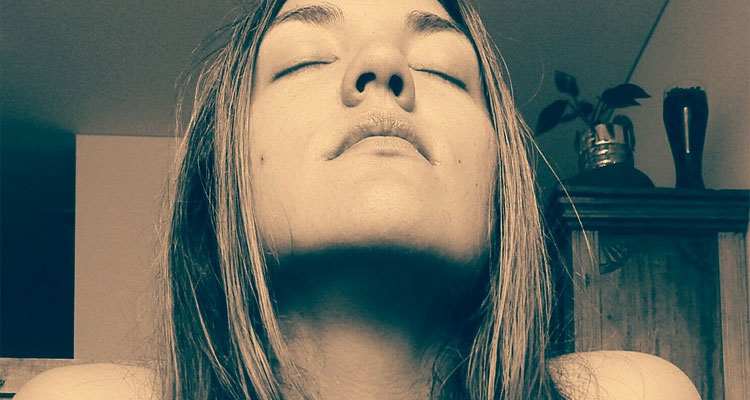 It’s thought that if you build up carbon dioxide in your body (by not exhaling), it will help stop your diaphragm from spasming, which is what causes the hiccups. When your diaphragm contracts involuntarily, it forces a quick intake of breath that’s suddenly stopped by the epiglottis—a flap of cartilage located in the throat behind the tongue. That closure is what causes the hiccup sound.—MD advisers from The Doctors

Why do your teeth shift, even if you had braces as a teen?

Every smile is different, but a lot of this has to do with loss of the bone behind the gums that occurs with aging. If you lose enough bone—which can be exacerbated by such factors as smoking or gum disease—your teeth can shift.—MD advisers from The Doctors

What makes my stomach growl?

It can be the sound of your digestive juices churning and stomach muscles contracting as they get prepped for food. To avoid those often poorly timed and embarrassing sounds, eat smaller meals more frequently.—MD advisers from The Doctors

Why do I sometimes get side stitches when I run?

Your diaphragm gets stretched, pulled, and pounded during a run, which can cause that sharp, stabbing pain at the lower edge of your rib cage, usually on the right side of your body. To help the pain pass, slow down and take more controlled, easy breaths.—MD advisers from The Doctors

Why does armpit sweat smell worse than sweat from other places?

Your body has two kinds of sweat glands. Most of those on your arms and legs secrete a mix of water and salt. But the glands in your armpits (as well as your groin) release an oily substance, which bacteria love. It’s actually the bacteria eating the oil that releases the telltale stench.—MD advisers from The Doctors

Credit to RD for these amazing tips! Visit their site for more info.

Are You A Vegetarian? How Do You Get Your Protein?

Know What Your Body Is Trying To Tell You

How to Balance Work, Life, and Still Get in That Workout

Go Out And Play. It’s Good For You!

Ten Strength Strategies That Stand The Test Of Time