1. People who exercise as little as 15 minutes a day have a 14 percent lower mortality risk than people who don’t exercise at all.

That statistic covers all causes of death, which translates at age 30 to a three-year increase in life expectancy. When it comes to cancer, those who work out 15 minutes daily are 10 percent less likely to die of it than those who don’t exercise at all. Every additional 15 minutes of daily exercise reduces the all-cause mortality risk by another 4 percent and the cancer mortality risk by another 1 percent.

2. Exercisers can improve their performance by as much as 50 percent if they eat dark chocolate regularly.

At least they can if they’re mice. Researchers fed mice the flavonol epicatechin, a key ingredient in dark chocolate, then put them through two weeks of treadmill tests and observed “an integrated response that includes structural and metabolic changes in skeletal and cardiac muscles resulting in greater endurance capacity.”

According to the study that yielded this stat, men whose workout routines are the equivalent of running at least three hours a week or playing singles tennis at least five hours a week have a 30 percent lower ED risk than men who exercise very little or not at all. Ready, set, go.

4. Depressed people can alleviate their symptoms by as much as 47 percent with regular aerobic exercise.

In one study, a group of depressed people who performed moderately intense aerobic exercises at least three times a week “experienced a decline in depressive symptoms by an average of 47 percent after 12 weeks.” Another group of depressed people performed low-intensity aerobics at least three times weekly; their symptoms improved by 30 percent. “Exercise isn’t just about working off energy. It’s about turning on the brain,” says Harvard psychiatry professor John Ratey, author of Spark: The Revolutionary New Science of Exercise and the Brain. With regular exercise, “people become much more emotionally regulated, and their cognitive abilities are much better.”

According to the Centers for Disease Control and Prevention, 39 percent of adults with bachelor’s degrees or higher engage in vigorous leisure-time physical activity three or more times a week, compared with 13 percent of adults with less than a high-school diploma. According to the same survey, 79 percent of high-school dropouts never engage in periods of vigorous leisure-time physical activity, compared with 41 percent of college grads.

6. Exercisers can improve their performance by as much as 15 percent if they listen to music while working out.

In one study, treadmill walkers moving in time with music felt 15 percent more energetic—and less eager to get off the machine—than treadmill walkers who were not listening to music. According to the sports psychologists who produced this stat, “Music listening can be an effective dissociation strategy, reducing perceptions of effort and fatigue by up to 12 percent.” Dancing makes moving in time with music into more of a party and less of a chore. “In some ways, dancing is the best exercise—it’s really aerobic,” Ratey says.

Costas Karageorghis et al., “The BASES Expert Statement on the Use of Music in Exercise.” British Association of Sport and Exercise Sciences.

7. Waiters and waitresses walk twice as much as lawyers and police officers do on an average working day.

But servers walk only about half as much on an average working day as mail carriers, and about 75 percent as much as janitors. According to researchers with the American Council on Exercise, who highly recommend the use of pedometers, mail carriers walk about eight miles per day, janitors walk just over five, restaurant servers walk four, and cops and lawyers walk about two. According to the ACE study, secretaries walk the least, at 1.7 miles.

And women are bigger couch potatoes than men. According to the Centers for Disease Control and Prevention, 60 percent of women in the United States “never engage in periods of vigorous leisure-time physical activity lasting ten minutes or more per week.” For men, that figure is 50 percent. Who in the United States does engage in at least 10 minutes of vigorous leisure-time activity per week? Only 31 percent of men and 25 percent of women.

9. Workers increase their physical activity by 8 percent and burn 25 more calories on casual-clothing workdays than on workdays when they wear regular office attire.

Who needs suits? “Wearing casual clothing every day for 50 weeks of work would translate into burning an additional 125 calories per week or 6,250 calories per year—the equivalent of almost two pounds,” write the authors of the study that yielded this stat.

10. People who want to quit smoking are twice as likely to succeed in quitting if they lift weights than if they don’t lift weights.

In the study that yielded this stat, one group of struggling-to-stop smokers engaged in two hours of weight training per week. Another group didn’t exercise, but watched health-related videos instead. Twelve weeks later, 16 percent of the weightlifters had quit smoking. They had also lost weight. Only 8 percent of the nonlifters had quit smoking, and all 8 percent had gained weight. Resistance training is key, says Parham: “Strength training builds muscle, which burns calories and knocks the weight off. Whatever you’re doing, do it more.”

11. Avid swimmers have a 50 percent lower mortality rate than runners, walkers, and people who don’t exercise at all.

Researchers at the University of South Carolina’s Arnold School of Public Health evaluated data spanning 32 years and involving more than 80,000 participants in the Aerobics Center Longitudinal Study. They found that swimming lowers the mortality rate—in men, at least—by about 50 percent. The fact that the nonprofit National Swimming Pool Foundation partly funded this project may or may not be irrelevant. 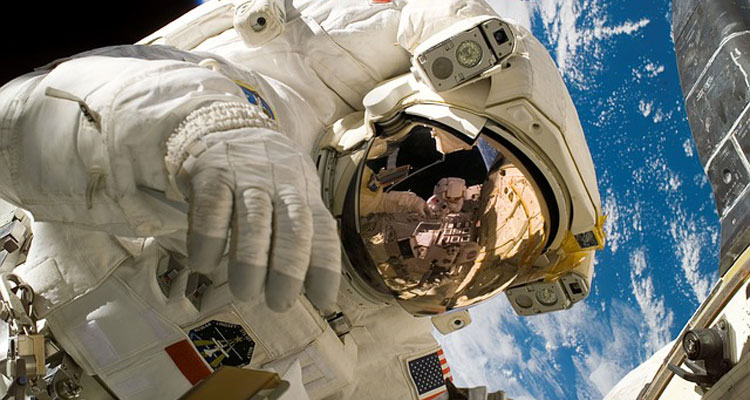 This striking decrease in fitness—along with 30 percent bone-strength loss in some astronauts—is spurring NASA to boost resistance training in space-station workout routines. “While on the ISS, crewmembers had access to a running treadmill, cycle ergometer, and resistance exercise device,” write the authors of this study. “Future long-duration space missions should modify the current ISS exercise prescription and/or hardware to better preserve human skeletal muscle mass and function, thereby reducing the risk imposed to crew members.”

13. Teens who exercise are 36 percent less likely to develop brain tumors than teens who don’t.

For the original article visit TheDailyBeast

Tricks of the Trade: Cycling Power